Never give up, for that is just the place and time that the tide will turn. 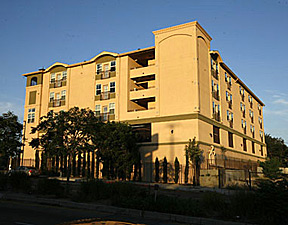 Completed in 2010, Rosa Parks Villas, newly constructed housing for seniors, is located about three miles west of downtown Los Angeles in the Mid City neighborhood, near the intersection of Crenshaw Boulevard and the 10 Freeway. The development includes 60 one and two bedroom units for seniors, a large community room, a game room, and exercise room, and beautifully landscaped courtyards with a fountain, a gazebo, fruit trees and patios; the property features a secure entry gate and on-grade parking. Units are targeted to households earning less than 30% up to 60% of Area Median Income. 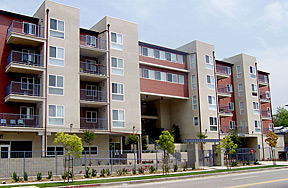 Completed in 2007, Temple Villas, a contemporary design with a combination of both townhouse style units and flats, is located approximately one mile west of downtown Los Angeles, in the Temple-Beaudry neighborhood. The development includes 52 one, two, three and four bedroom units for individuals and families, indoor and outdoor community space, a computer lab, a barbeque area, community garden plots, a tot lot, and secure underground parking. Units are targeted to households earning less than 30% up to 60% of Area Median Income. The property is across the street from a public library, minutes from downtown employment centers and has easy access to public transportation. 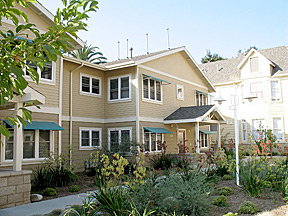 Completed in 2006, Pisgah Village is an unique development for seniors aged 55 and older located in the Historic Highland Park District, offering 47 singles, 1 and 2 bedroom units. This award winning development included the rehabilitation of several historic bungalow duplexes, some dating back to the 1900s, alongside newly constructed craftsman style apartments, a large community room and a computer lab. It has extensive landscaping and open space, including community herb and vegetable gardens, and is conveniently located within walking distance of numerous retail services such as, banking, dining, grocery, a public library, a senior center, and the Los Angeles Gold Line Light Rail Metro. The property serves seniors earning less than 30% up to 50% of Area Median Income. 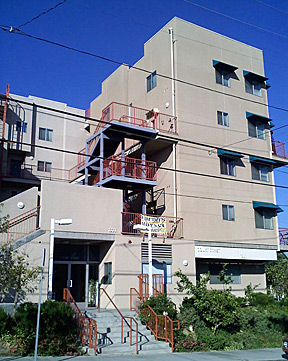 Constructed in 2006, Court Street Apartments is located approximately one mile west of downtown Los Angeles, in the Temple-Beaudry neighborhood. The development includes 24 two and three bedroom units for families, a central courtyard with community garden plots, a tot lot, a community room, a computer room, and secure underground parking. The property serves families earning less than 35% up to 50% of Area Median Income. The development is within walking distance of a public library and a recently developed regional recreation center. It is just a few short minutes to downtown Los Angeles’ employment centers by public or private transportation. The units are all townhouse style and some have sensational views of the downtown skyline. 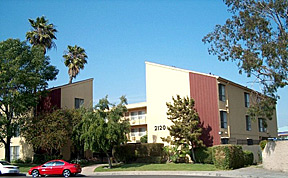 Dating to the 1970’s, Ingram Preservation is a development that includes seven scattered site apartment buildings offering a total of 140 apartment units, which were substantially renovated in 2006. The developments are primarily concentrated in the South Los Angeles and West Adams neighborhoods of Los Angeles, with convenient access to public transportation and community and regional services. The developments range in size from 12 to 33 units, with a range of one, two, three, and four bedroom units, offered to households earning less than 25% up to 60% of Area Median Income. Each development has attractive landscaping, and secure parking. These properties serve both seniors and families. 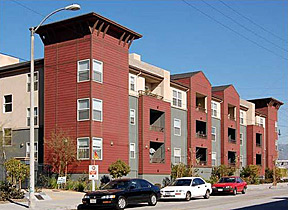 Constructed in 2005, Camino Al Oro offers 102 units of affordable housing for seniors with 1 and 2 bedroom units. Located in the Lincoln Heights community, adjacent to the 5 freeway and within walking distance of the LA Metro Gold line, Camino Al Oro is part of the Avenue 26 master development that includes affordable family housing and for sale affordable and market rate condominiums developed in conjunction with Amcal Multi-Housing, Inc. 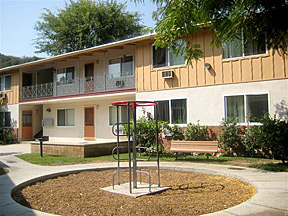 Originally built in the 1950’s as 148 single and one bedroom units, Highland Village was substantially rehabilitated in 2001 and reconfigured into 91 single, one, two and three bedroom apartments serving families earning less than 35% up to 50% of Area Median Income. The development includes generous open spaces and play areas, a community room, a computer room and secure uncovered parking. The surrounding neighborhood has gone through an extensive urban development and renewal process with the addition of a large supermarket just two blocks away, numerous child and day care centers, and the newly renovated Debs Park and Audubon Sanctuary. 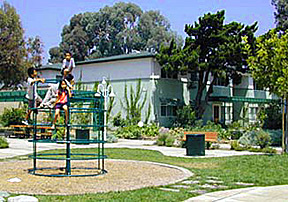 Originally built in the 1960’s, Park William was substantially rehabilitated in 2000 and consists of 31 two and three bedroom apartments for families earning less than 35% up to 50% of Area Median Income. Nestled at the end of a tree-lined street, the development includes trellised courtyards leading to unit entries, significant open space, a play area, a community room, a computer lab, edible landscaping and community gardens. The gardens, cared for by the residents, teem year-round with healthy, fresh fruits, vegetables, and herbs, and have been a source of pride for this tight knit residential community. 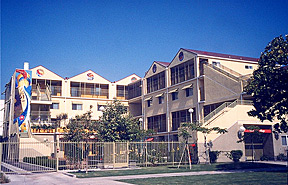 Completed in 1998, Normandie Village offers 16 newly constructed apartment units surrounding a community courtyard with a small children’s playground, featuring a beautiful mural that symbolizes the journey towards happiness and prosperity. The units are two, three and four-bedroom units and house families earning up to 50% of Area Median Income. Search to Involve Pilipino Americans, WORKS’ partner, offers enriched services in the property’s community room. 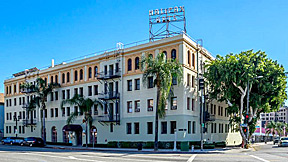 Halifax Apartments is a historic building originally developed as one of the first serviced apartment complexes in Hollywood for couples and small families. By the 1990’s, it had become a notoriously overcrowded and run-down slum property with as many as six crammed into small efficiency apartments. In 1997, the property was renovated and reconfigured into 46 units of efficiency, one, two, three and four-bedroom apartments, more suited to the needs of the residents. The property is open to individuals and families earning no more than 50% of Area Median Income. The property features a gracious entry lobby as well as community rooms, a computer lab, generous laundry rooms, and offices; the landscaped courtyard offers community gardening plots and barbeques. Thai Community Development Center, WORKS’ partner, offers enriched services to the residents as well as the surrounding community.

WORKS partners with Amcal Multi-Housing Inc., to create affordable housing developments with enriched services that are responsive to community needs. 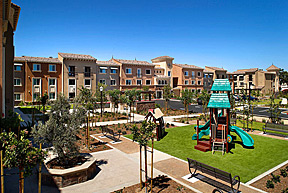 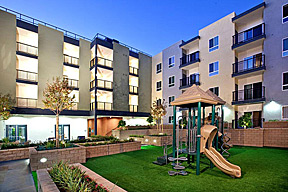 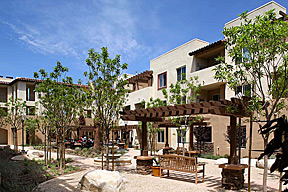 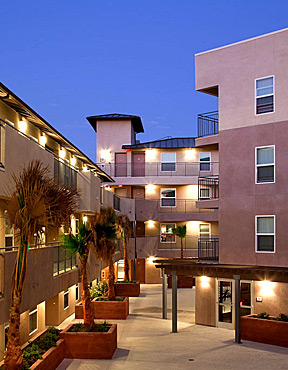 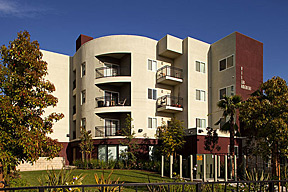 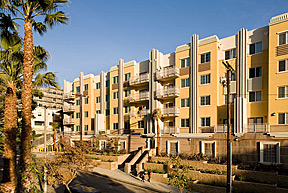 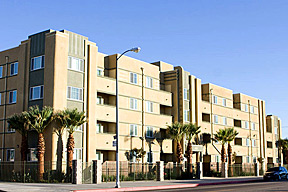 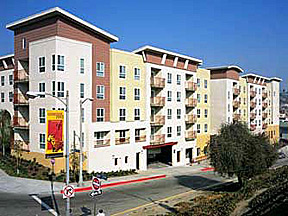